Folk music has been around forever. It touches the soul in ways that soul music could only dream of. Through the greats such as Woody Gutherie, Bob Dylan and Pete Seeger, but also through the ordinary man, folk music is humane music in its purest form. It’s about life. The good, the bad, the happy, the sad, the rough times and the joyous times.

Bellowhead are a folk band very much concerned with the joyous times. For the past decade the 11-piece, led by Jon Boden, has been parading their version of folk, gaining recognition as one of the finest outfits in the genre. Tonight, in Shepherds Bush, it’s time to celebrate the tenth birthday of the band, but even more so, it’s a time to get excited about the future. The previously independently-signed band recently released their fifth album on Universal’s iconic Island record label, a label that gave us Bob Marley, U2 and Amy Winehouse.

Bellowhead may be ten years-old but they are just getting started. Their most notable success to date was the single 10,000 Miles Away that quickly became a favourite on Radio 2 and gave them a place in Britain’s musical heart. The upbeat number where the protagonist sees his girlfriend shipped off on a government ship to Australia transports you back a couple of centuries while still sounding fresh and radio-friendly. Not an easy feat in the fickle music industry of today. But that’s what Bellowhead do, they have fun, they don’t try to be trendy, they take traditional music and re-brand it for today’s audience.

The evening began with first track from their latest album, Revival, called ‘Let Her Run’, a distinctly catchy tune that set the tone for the rest of the evening. Despite very much being a folk outfit, Bellowhead are full of showmanship. Boden wears a bright pink jacket and tie and seems to have a look on his face like a man possessed. He is incredibly charismatic and can stand up alongside any great frontman, past or present. As the night went on different band members took turns introducing the songs and giving stories, showcasing the personality of the band as a whole.

Highlights of the evening included the new track ‘Roll Alabama’, ‘Betsy Baker’ and ‘Roll The Woodpile Down’. Bellowhead has a very full and layered sound made up of guitars, strings and a horn section that is built on infectious rhythms and singalong melodies. They are masters of their trade and to witness a live performance is a rare treat. If I was to name a better live band in Britain right now, I think I would struggle. 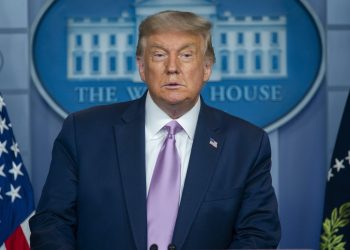