The cave art depicts a bison like beast - and dates back at least 40,000 years.

The world’s oldest painting more than 40,000 years old has been discovered in deepest Borneo, scientists have revealed.

The red and orange cave art depicting a bison-like creature is the earliest known coloured image of a figure.

The dramatic discovery adds to mounting evidence cave art – one of the most important innovations in human cultural history – did not arise in Europe as long believed. 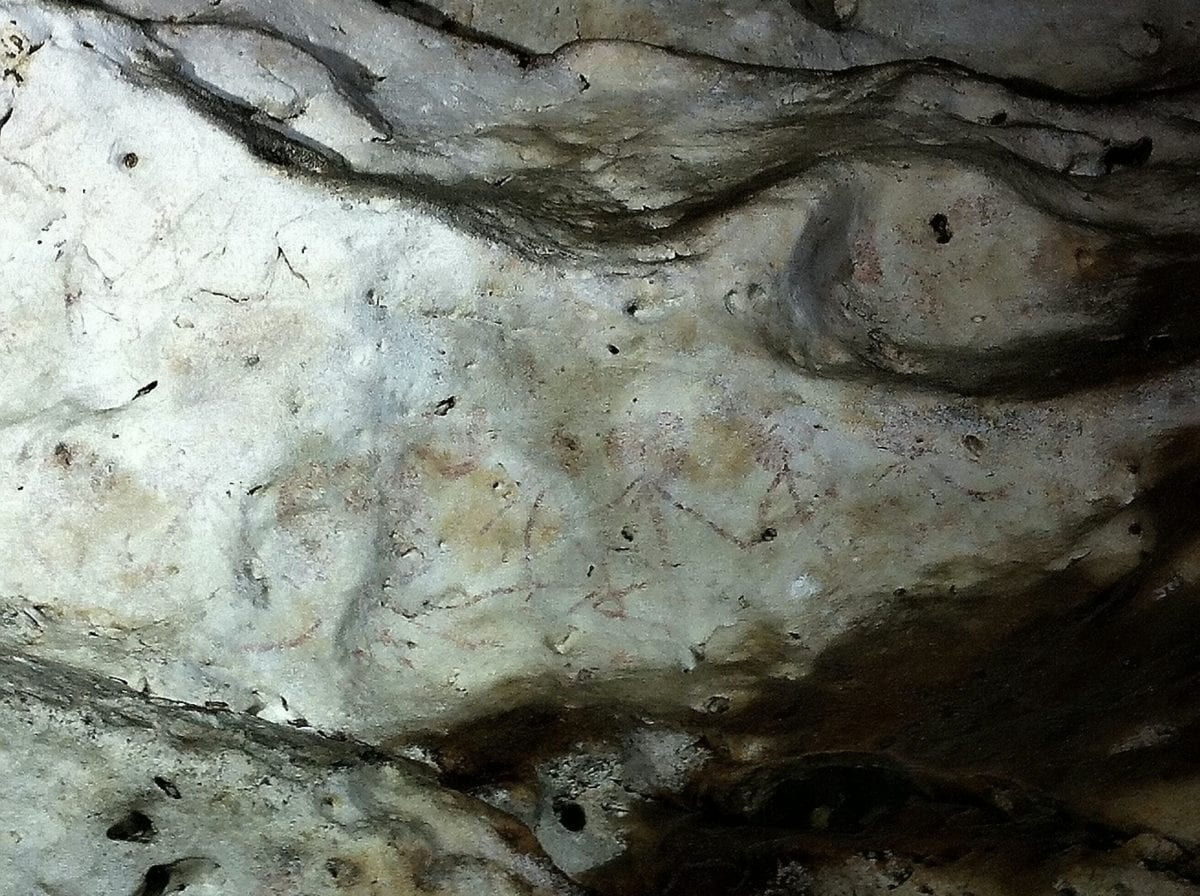 He said: “The oldest cave art image we dated is a large painting of an unidentified animal – probably a species of wild cattle still found in the jungles of Borneo.

“This has a minimum age of around 40,000 years – and is now the earliest known figurative artwork.”

Since the 1990s, caves in the rugged mountains of East Kalimantan, an Indonesian province of the island, have been known to contain prehistoric paintings, drawings and other imagery.

These include thousands of depictions of human hands – or ‘stencils – animals, abstract signs and symbols and intricate, related motifs.

These near-inaccessible artworks are now known to be far older than previously thought. Caves are one of Earth’s last remaining great frontiers.

Prof Aubert, of Griffith University on Australia’s Gold Coast, said: “It is very, very remote. We had to go in the jungle for weeks at a time.

“There are lots of unexplored caves. Sometimes we went off track. Then we found caves with paintings. They are just everywhere.

“We found large mammals. It is not the same animal but they are painted in the same style – a really large, round body and small legs.”

He said the images are layered on top of each other. The oldest hand stencil dates back to 52,000 years. 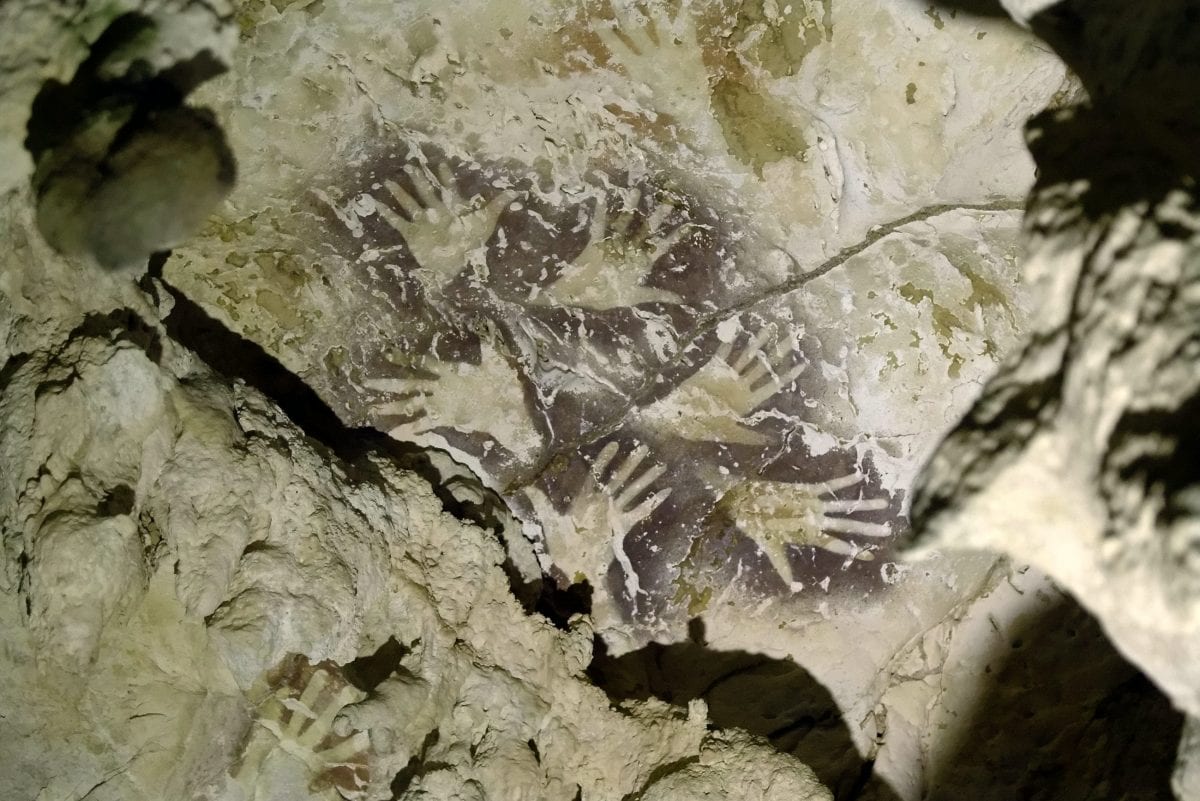 Prof Aubert said the most signifant finding was the animal painting that is a minimum of 40,000 years old.

This is at least 5,000 years older than the previous record – depictions of wild pigs found by the same team in caves on the Indonesian island of Sulawesi east of Borneo four years ago.

Interestingly the different styles are superimposed and can be grouped into three phases.

And the final phase is of human figures, boats and geometric designs in a black pigment.

These date to 20,000 to 21,000 years ago during a period known as the Last Glacial Maximum when ice sheets covered much of the world.

This gave rise to a new rock art style – including rare portrayals of humans – at a time when the global ice age climate was at its most extreme.

Prof Aubert said: “It looks like there was a transition from depicting the animal world to the human world. It is interesting because there are different styles of rock art in Europe.

“We have the same thing in South East Asia – on the opposite side of the world.” 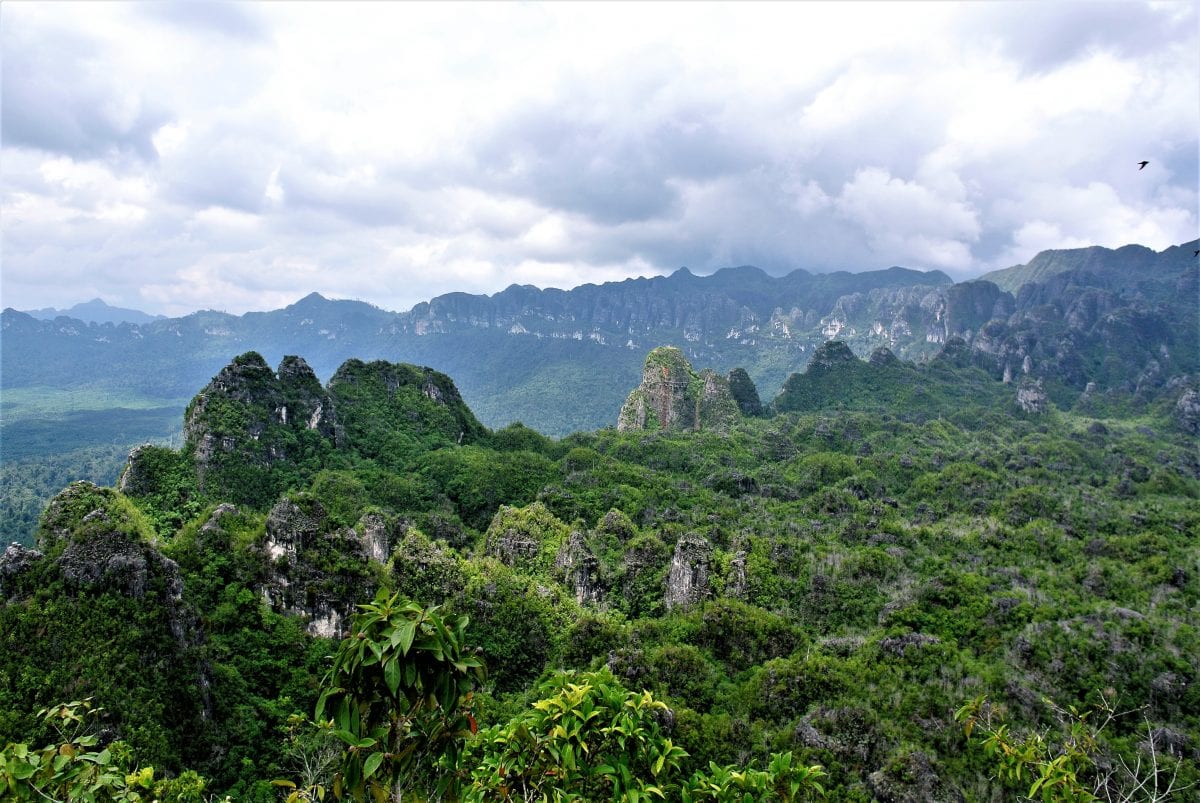 It was known the limestone caves contained thousands of art images but the study published in nature is the first time they have been accurately dated.

It analysed the red and orange painting of the unknown animal in the Lubang Jeriji Saleh cave using a uranium based carbon-dating technique. This ages the limestone crusts that have grown over the art.

Prof Aubert said it means rock art developed locally in Borneo between 52,000 and 40,000 years ago – at roughly the same time as it did in Europe.

Team co-leader Dr Pindi Setiawan, an archaeologist at the Bandung Institute of Technology in Indonesia, said: “Who the ice age artists of Borneo were and what happened to them is a mystery.” 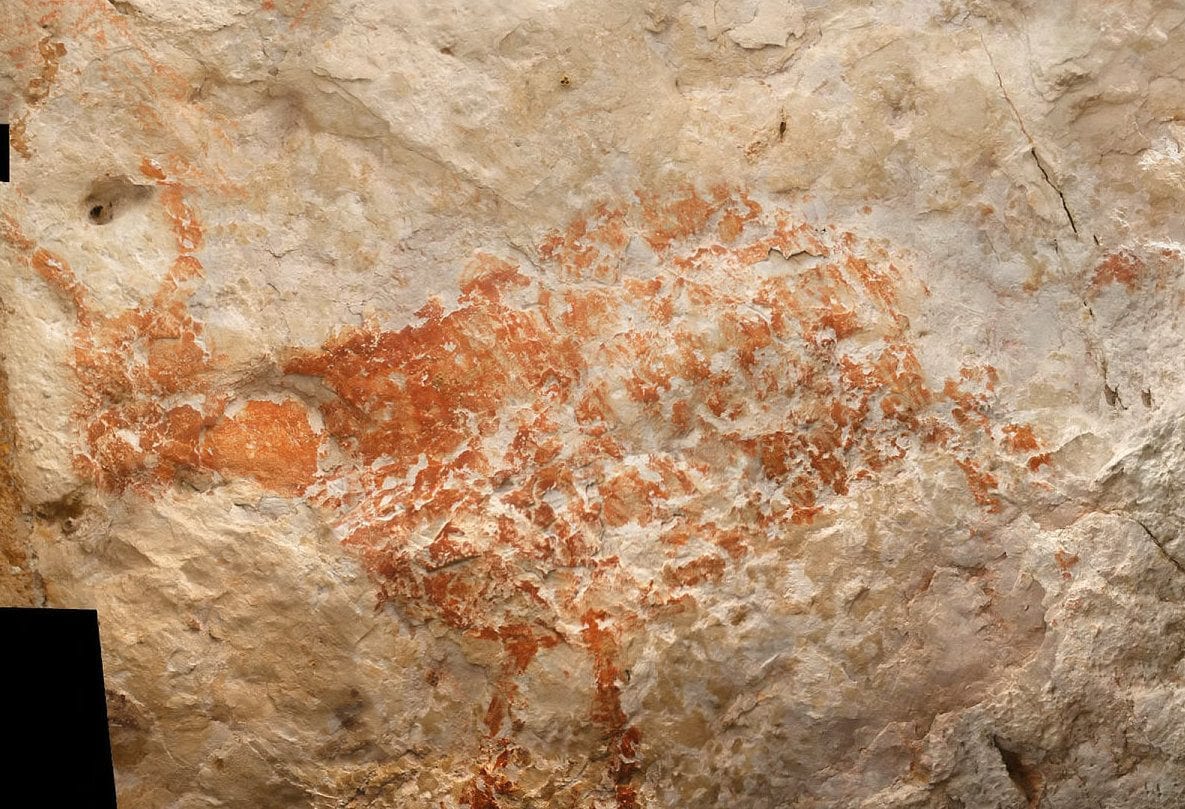 He has studied the art since its discovery, and, along with rock art expert Adhi Agus Oktaviana, leads expeditions to the Kalimantan caves.

Mr Oktaviana, of Indonesia’s National Research Centre for Archaeology, said: “The new findings illustrate that the story of how cave art emerged is complex.”