Theatre can sometimes seem like a closed shop, one of stuffy, expensive theatres, or intimidating, pretentious improv nights in achingly cool bars. Then there’s Etch. The Peckham theatre project is about to turn just one year old, but with award nominations and international festivals already under its belt, the young venture is far from am-dram. Etch […] 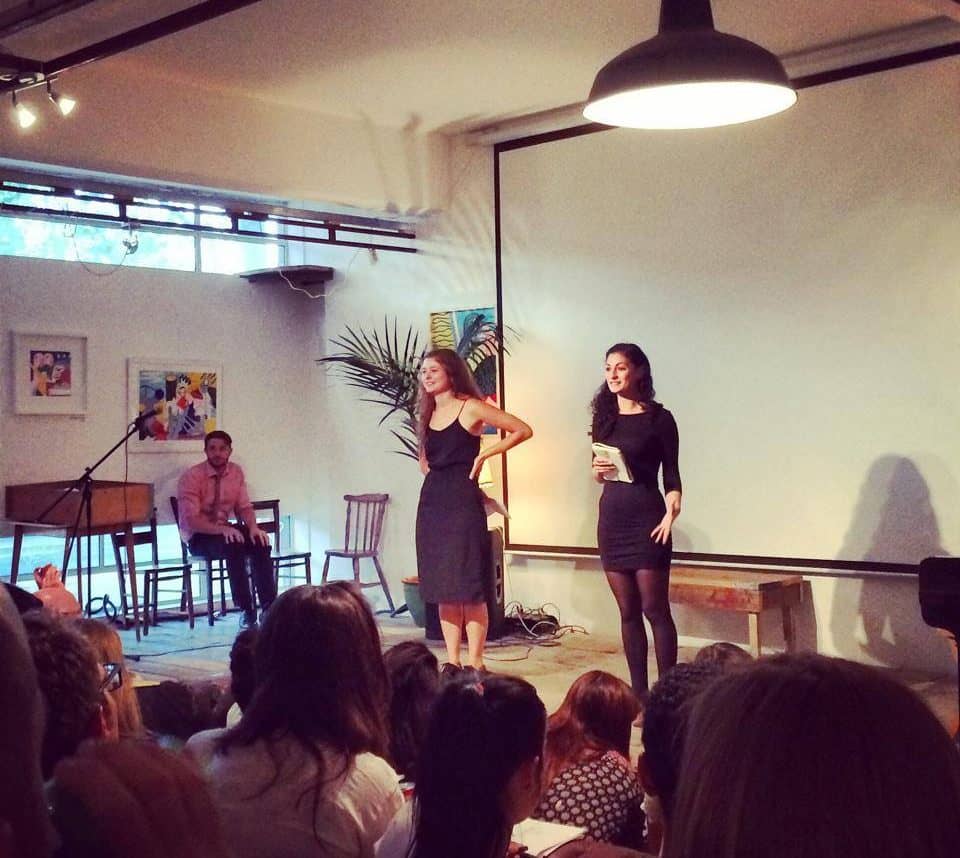 Theatre can sometimes seem like a closed shop, one of stuffy, expensive theatres, or intimidating, pretentious improv nights in achingly cool bars.

Then there’s Etch. The Peckham theatre project is about to turn just one year old, but with award nominations and international festivals already under its belt, the young venture is far from am-dram.

Etch is the brainchild of Lucy Hollis and Ruth Milne, two Scottish actors, who set up the project as a sort of antidote to some of the less appealing realities of being an actor in London, in the 21st century. “”We wanted to bring some fun back into our relationship with theatre!” says Lucy. “Things can get a bit grim as an actor.”

“We realised that we, well Ruth and I at least, were so busy looking up at the people at the top already achieving, striving to reach them and therefore forgetting that the real opportunities actually lay in the people around us.”

But obviously that wasn’t the only reason for setting up Etch. “We really wanted to create a sort of artistic community where people can come and make work, meet other like minded artists, develop new ideas and forge long lasting relationships,” says Lucy.

“For our scratch nights we introduce and match up writers, directors and actors, making it a great way for people to meet one another without any horrible awkward networking,” says Ruth. “The idea of the scratch night is to make it an easier and quicker process to get new work on its feet.”

These scratch nights take place at local arts café, the Peckham Pelican, and as it’s all about access and growing new talent, the entrance fee is extremely accessible: the Etch girls operate a “pay what you can” system.

This open-door attitude is pulled through into the process and performance of the evenings. “We have open submission for our scratch night and read all submissions personally. This means that even if someone has never written a script before there is no barrier to us starting work with them,” says Ruth. “We hope Etch seems more open than a lot of London theatre projects.

“Our aim is to stay open to new styles, new artists and new ideas. So much of the theatre world is closed off in so many ways, through pricing, through expectation of the kind of work they do or through where it is in the city. We aim to create a space for genuine experimentation and development of new work and new ideas without the pressure or influence of the theatre establishment.”

Lucy enthusiastically echoes this ethos: “We really hope that it brings theatre to people who ordinarily might shy away from it. It’s very important to us that Etch remains open to all who fancy it and not at all pretentious or impenetrable,” she says Lucy.

“We try to provide young emerging artists with a place to meet other artists and future collaborators, or friends, or lovers – in fact, we have an actual, official Etch couple! – and for some great work to be made.”

And some great work really is being made. Not only are the scratch nights proving a hit – ”Our audience enjoys seeing a piece start out, seeing different people working together, maybe seeing that piece come back and then seeing it eventually become a full production. It allows audiences to be really involved with the process and see how a piece of theatre is made,” says Ruth – but things have rapidly got bigger than the small stage in a café in Peckham.

Etch’s first co-production, ‘Cans’, was nominated for ‘Best New Play’ at the Off West End Awards, and ‘Pink Confetti’ (a powerful, surprising snapshot of the Troubles in Ireland) was invited to the Babel Performing Arts Festival in Romania this summer. The team also took part in the Arcola Theatre’s PlayWROUGHT Festival.

The Etch founders really do appreciate how far they have travelled in this one short year: “Sitting in The Arcola, watching a bunch of really talented people who’d mostly never met before, bringing Jerusha’s play to life, I was really proud of how far Etch had come,” remembers Ruth.

Lucy says: “I think the third Etch night was a big highlight, as it felt like we’d finally figured out what the hell we were doing! Everything seemed to fall into place, and we had the most number of artists involved ever; it really felt like we had created a very exciting community. It was great fun.

“We also showed an extract to mark International Women’s Day at our Etch#5 scratch night – it was a bloody powerful piece, written by Glaswegian writer Stef Smith, and it was a very inspiring, empowering moment for all involved I think.”

As well as a well-deserved birthday party at its adopted space, the Pelican, and jetting off to eastern Europe (surely the only time in history a play has been taken from Peckham to Romania) Etch is gearing up for a night of topical drama on Sunday 31 May with ‘The Daily Plays’, at the Pleasance Theatre in Islington.

Inspired by the general election, Etch asked five of London’s most exciting emerging writers to write a rapid response to the political news in a newspaper on a specific day: you can see the daily news in play form rather than read it.

All proceeds from ‘The Daily Plays’ will help to fund Etch and Squint’s 2015 Edinburgh Fringe production, ‘Molly’. Buy tickets here.

Other than that, Etch will just keep on doing what it does best. As Ruth puts it: “We want to keep trying new things, meeting new people and making new work; in new, different ways.”

Photocredit: Etch (at the Peckham Pelican and the Courtyard Theatre)