An art teacher has drawn the faces of all 637 British service personnel who were killed in Iraq and Afghanistan to encourage her students to remember the fallen.

Sam Bailey, 48, undertook the mammoth challenge after being concerned about pupils not wearing poppies ahead of Remembrance Day.

She also wanted to raise awareness about post-traumatic stress disorder (PTSD) after her ex-partner Alex Salustro, 29, was medically discharged from the Army in 2015.

He had suffered a back injury but was diagnosed with PTSD shortly after returning home. 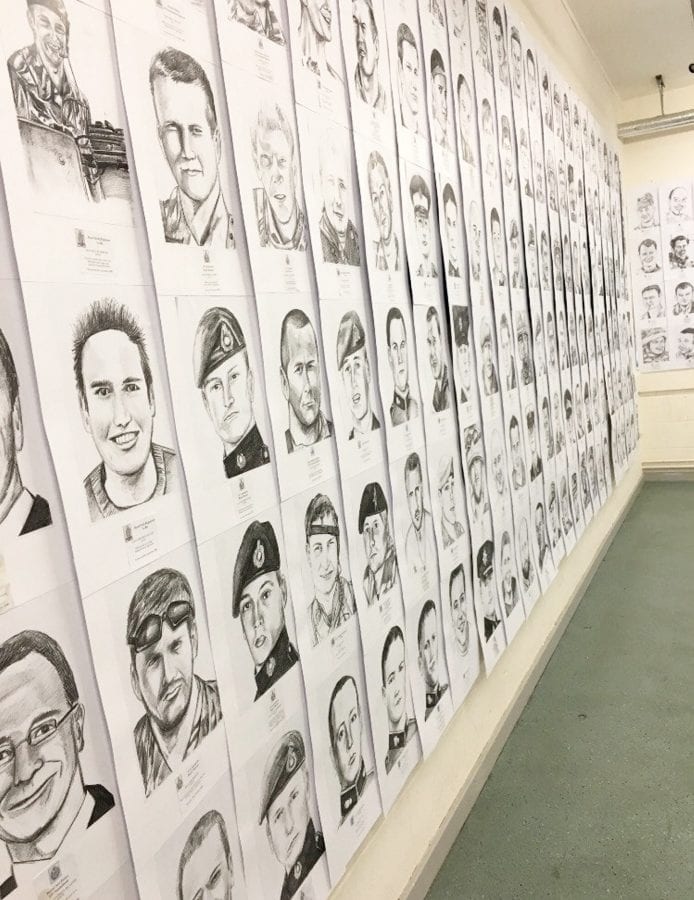 The mum-of-three, from Northampton, took 12 painstaking weeks to create 637 poignant pencil drawings of those who have died since 2000.

She worked from a list from the Ministry of Defence and contacted the families of those killed to complete the project.

Sam said: “I did it because these soldiers needed to be remembered.

“I work in a school and I speak to student’s every day and you can see they aren’t wearing the poppy ahead of Remembrance Day.

“They just see war as a collection of old grey images, not connected with reality.

“I wanted to do something to help them appreciate the sacrifices made by service personnel both past and present. 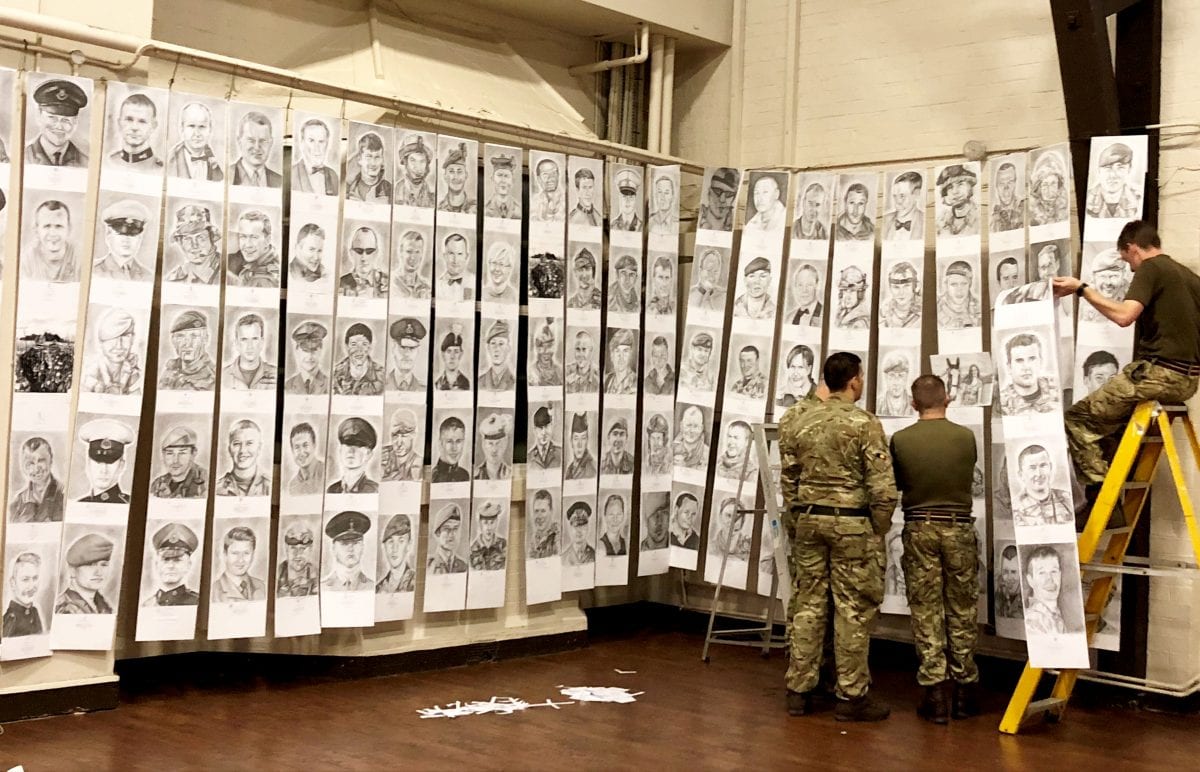 “This is the first time anyone has done anything like this and it’s to show these people were loved and their memories are perpetuated – it’s important to remember them.

“And it’s not just to honour those who have died, it’s to help their family and friends, those that came back with PTSD can see that their comrades are honoured.

“It was all self-funded and many of the families of those that died sent me pictures that were different to those released by the Ministry of Defence.

“When a soldier died the family used to only get 24 hours to provide a statement and a picture, otherwise, a picture that the army had would be used.

“The reason that the portraits can be so powerful is that it is the families themselves that have had time to provide the pictures after reflection.

“Members of the families would say things like ‘you have caught his eyes’.

“Sometimes the family would send three, four or five pictures so I ended drawing well over 500 sketches and I still had my full-time teaching job to do as well. 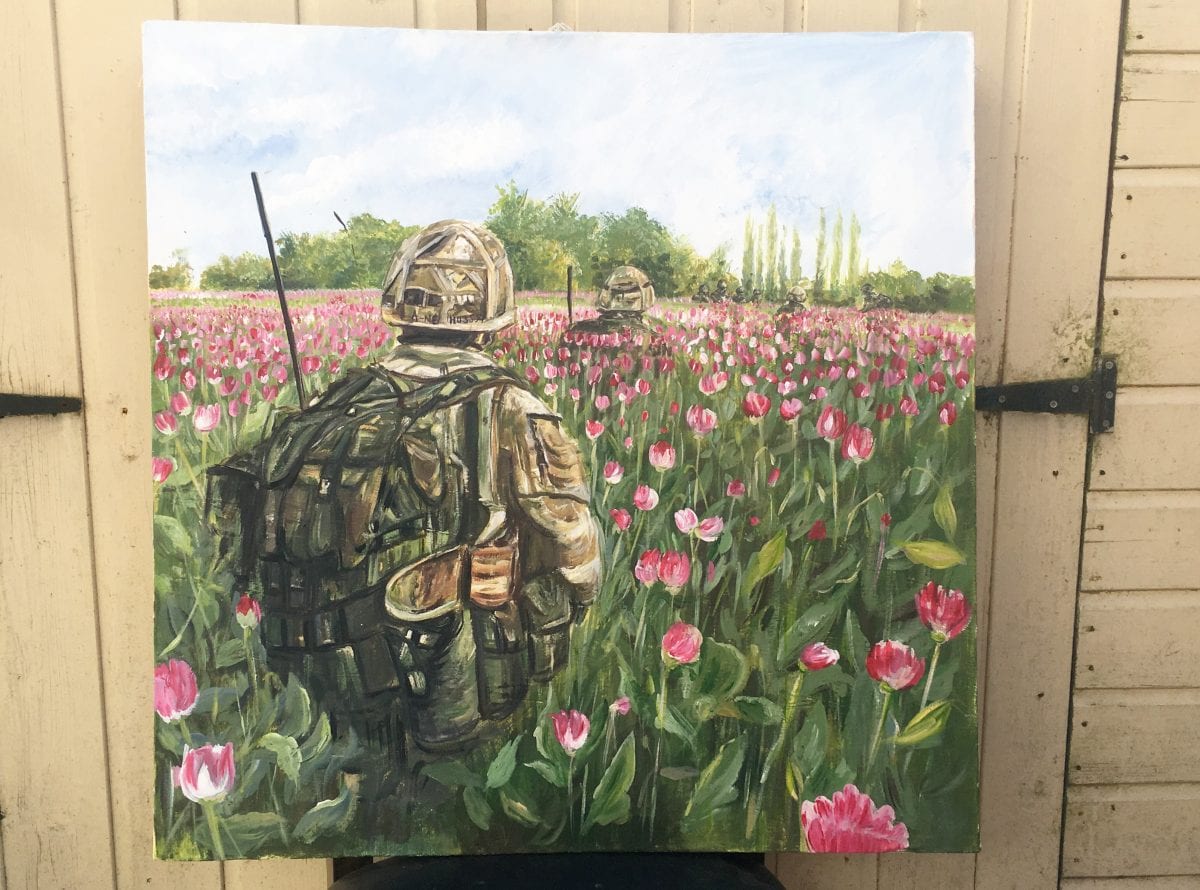 “I don’t know how I managed to get through it but I started posting the first four pictures on Facebook and I did not think that anyone would be interested.

“Then the family of Fusilier Samuel Flint-Broughton got in touch to say he would have been 25 the week I drew it – they put it into a memory box on his birthday for his mother.

“At one point I was drawing 27 pictures a day. It was overwhelming to do it over the 12 weeks but I managed to complete it and I’m proud of the finished results.”

Sam’s drawings formed part of a military art exhibition and have now been compiled into two books with the proceeds going to the Royal British Legion.