Rishi Sunak’s rescue plan is predicated on replacing revenues with loans – turning assets into liabilities - which could cause a bottom-up collapse of the economy. 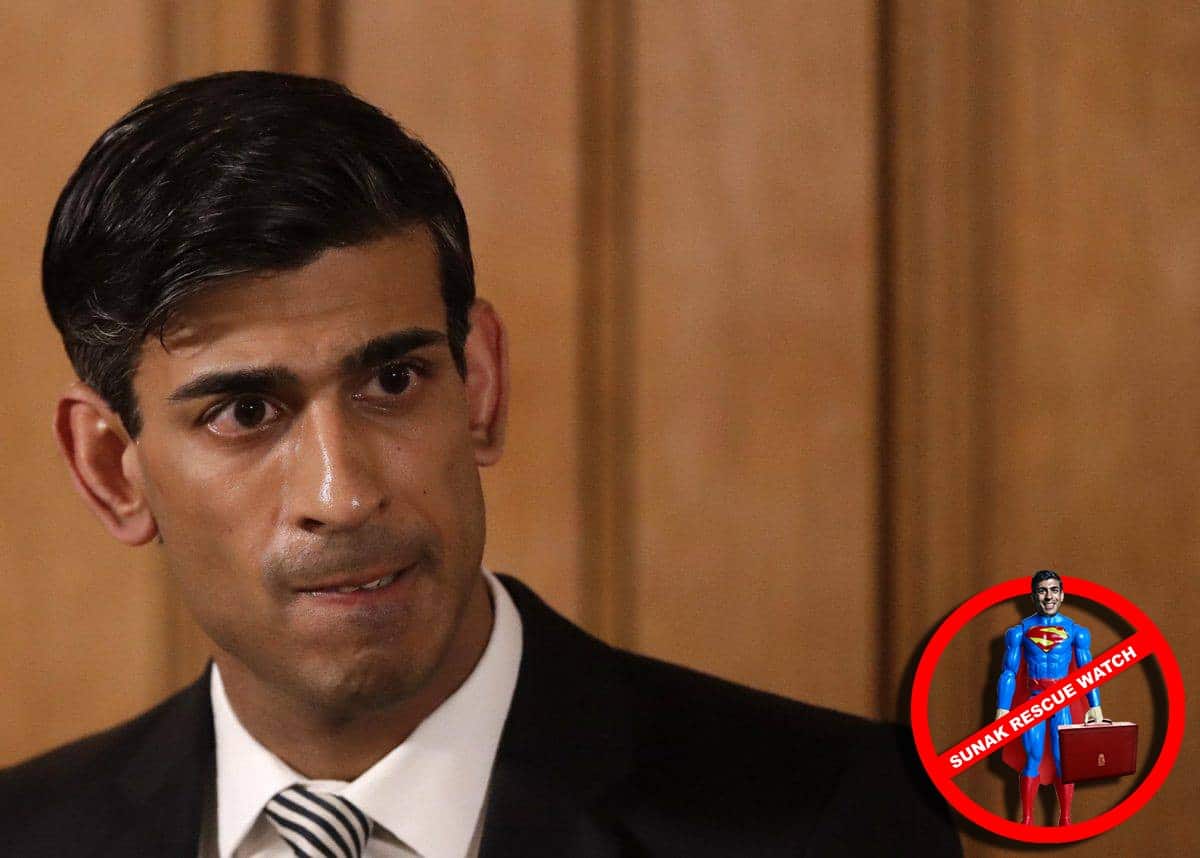 Less than a month on from Rishi Sunak’s announcement of an ‘unprecedented’ package to support the UK economy there is growing realisation that his initial commitments are coming up well short of what is required.

The £330 billion in state-backed loans and pledge to deliver “whatever it takes” to keep the economy afloat was lauded at the time, but as businesses clamour to secure non-existent aid and the feasibility of his schemes is tested the chancellor looks increasingly like the emperor with no clothes – and the consequences could be dire.

Yet this is more than just a problem with getting the loans out to companies.  Could the whole idea of propping up the economy with loans be flawed?

The government predicts a “V” shaped recovery, but could its policies actually cause a deep and long lasting depression?

Since the coronavirus crisis took hold there has been a collapse in business revenues of unheard proportions from which there is no immediate prospect of recovery.

Whatever their pre-crisis state, very few firms will be able to survive this long and none will have stress tested how to cope with such a dramatic change in revenue.

The furlough scheme will help keep them afloat to an extent, but businesses have costs other than staff and as these other costs are not covered, they do not have internal resources to guarantee survival.

So what to do?

The government’s response so far has been to underwrite loans from banks, which allows the government to minimise its cash exposure and at the same time maintains the party’s ideological position that government shouldn’t get involved in the market.

But by replacing revenue with loans they are taking an asset and turning it into a liability, and that liability ultimately will need to be repaid.

What happens as we look to come out of lockdown?

As we eventually try to come out of lockdown, companies will face two challenges:  still no demand – so no cash income – and balance sheets which no include a lot of debt.

This is what is known as a death spiral; at each stage MORE companies go bust (because they cannot service the debt or, more likely, are not offered any), overall demand has been reduced (bust companies no longer need suppliers, their employees are now unemployed) and government incomes goes down because tax payers are transformed into welfare recipients.

At this point the economy is out of control and in serious trouble.

By the end, even the best businesses will find it hard to survive as there are few consumers out there and the government’s finances are almost beyond repair.

As a consequence the credit rating of government debt falls through the floor and, in order to meet a ballooning welfare bill, it will place itself at the mercy of unwilling lenders and will start making cuts to an already beleaguered public sector in order to get funds.

It is hard to say at this stage how likely or severe the outcome is likely to be, but the death spiral set out above is far from an impossible scenario.  Decisions the government takes right now will determine whether we can avoid it.

Sunak needs quickly to understand that the current strategy of loans to companies is flawed not just in practice (the scheme is not getting any loans out) but also conceptually and risks crashing our entire economy for a generation.

The government needs to act fast to get cash into companies to make sure as few as possible go bust or make layoffs. This money is risk capital and it is equity.

A sensible approach is to offer equity investment to companies that require cash.  The terms should be simple, and the process simple and transparent with few grounds to refuse cash.  As to terms – keep it simple, offer, say, 80 per cent of three months revenue for 10 per cent of a business?

In addition, there has to be a scheme to stop start-ups collapsing. They are critical to any recovery and are being damaged even more than established companies.  Again the government needs to be an equity investor. Perhaps offer to cover 80 per cent of costs for 6 months for a 20 per cent stake?

What to do with the stakes in companies?

Once the government has acquired stakes in companies, there are several interesting options for offloading them.

They could offer the original owners an opportunity (for a limited period) to buy back the shares at 125 per cent of the amount loaned – a nice return to the treasury and a reasonable premium to charge owners for saving their business.

Another option could be to bundle them into portfolios of similarly sized businesses and auction either the stakes in groups or the right to manage the stakes to venture and growth capital fund managers. This could be a one-off opportunity to create a VC industry to rival Silicon Valley, and shows that every crisis has an opportunity.

In a worse case scenario, the government could write them off where companies go bust, which would have the same effect as that the guarantee will be called on some loans under the current mechanism.

The risks are huge, and the time to act is short. Only time will tell whether the Chancellor is smart enough to see these risks, and also the opportunities.