Unemployment is expected to hit 3.4 million, the independent group added. 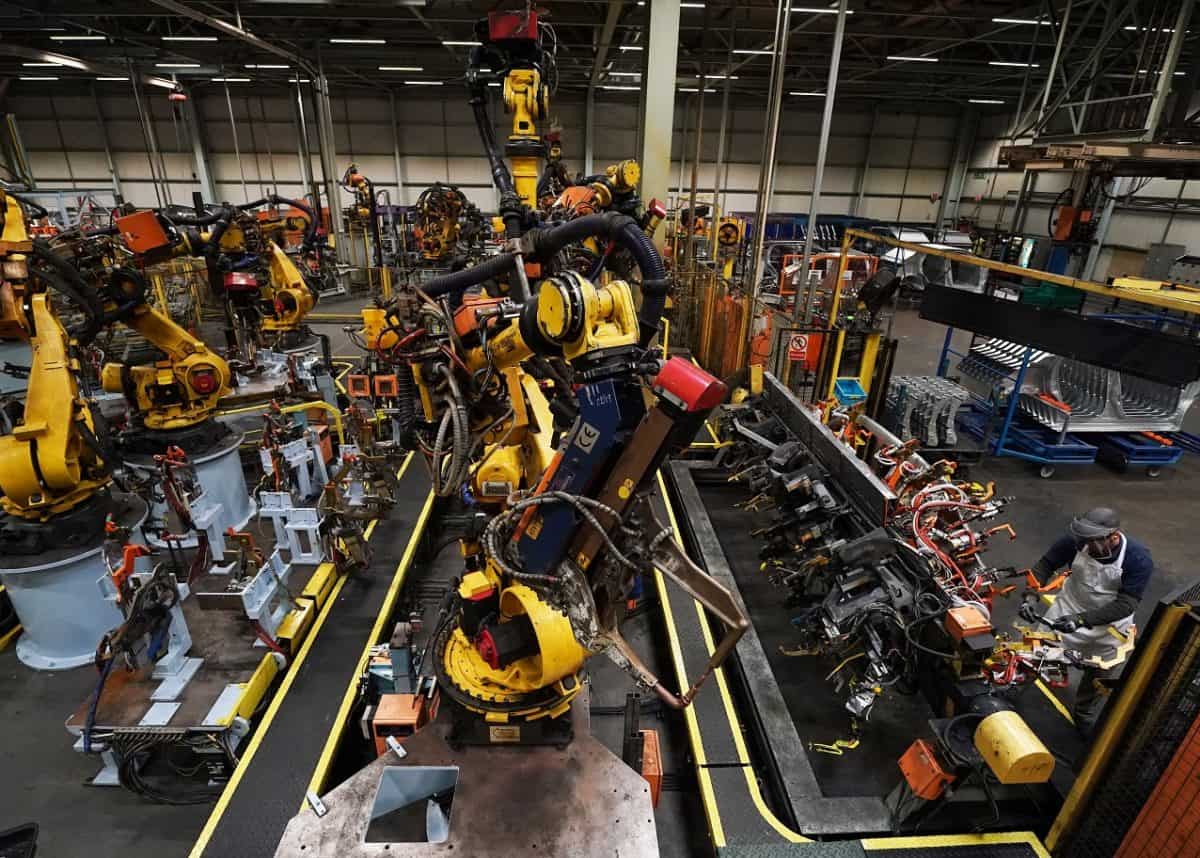 Workers on the production line at Nissan's factory in Sunderland after they were told that the car manufacturer is to end the night shift at its UK plant.

The UK economy could fall off a cliff edge, potentially plunging 35 per cent between April and July but should recover by the end of the year, according to the Office for Budget Responsibility.

Experts at the independent group added that unemployment is expected to hit 3.4 million, around one in 10 of the working population without a job, if the lockdown lasts three months followed by a partial lifting for three months.

Public sector net borrowing is also expected to increase by £218 billion this year, compared with March forecasts, hitting £273 billion, or 14 per cent of GDP.

The OBR added: “That would be the largest single-year deficit since the Second World War.

Public sector net debt also rises sharply, surpassing 100 per cent of GDP during the year, but ends it at 95 per cent compared with previous estimates of 77 per cent.

Forecasters at the OBR were keen to stress this is a single scenario where “for now, we have not assumed the shock has lasting economic consequences” and should not be taken as a sign of what Government policy is likely to be.

Businesses are desperate for access to cash to stay afloat, with only a small fraction of the money promised making it into the bank accounts of struggling companies.

The OBR added: “The net effect of the coronavirus impact and the policy response is likely to be a sharp (but largely temporary) increase in government borrowing that will leave public sector net debt permanently higher as a share of GDP.

“However, the longer the period of economic disruption lasts, the more likely it is that the economy’s future potential output will be ‘scarred’ (thanks to business failures, cancelled investments and the unemployed becoming disconnected from the labour market).

“If that happens, the budget deficit would reverse less of its temporary rise as economic activity recovers, leaving the Government to confront a larger structural deficit and not just higher debt.”

On unemployment, the OBR predicts that the steep rise of 2.1 million added to the 1.3 million already out of work, could be brief.

It said: “As with GDP, the rise in unemployment is likely to be very fast, as the sharp rise in new claims for UC already attests.

“Indeed, we might expect almost all the rise to happen within the first month.”

The organisation added that the unemployment numbers could shift again due to uncertainty over whether Government interventions to cover salaries will be extended.