By Valentina Magri Ten million people will live in London by 2036 according to a forecast by the business advocacy group London First, but the big question is what does that mean for the future of London and how can the city prepare to the forthcoming boom in its population? The risks of a more populated London Population growth […]

Ten million people will live in London by 2036 according to a forecast by the business advocacy group London First, but the big question is what does that mean for the future of London and how can the city prepare to the forthcoming boom in its population?

The risks of a more populated London

Population growth places places significant pressure on any metropolis, particularly those that are long-standing. To start with, London will suffer from a historical problem of houses paucity, which is one of the causes of the housing bubble in the UK. The exponential population growth requires about 50,000 additional houses per year, but less than a half of that are being built.

A greater population also necessitates a 20 per cent increase in energy supply, as well as more parks, school, transport capacity and digital connectivity.

There will be also social problems that come with this strain on public services, hostility against migrants and a lack of control over finances of the city is juxtaposed by a shortage of British talent to fill high skilled positions.

If not addressed, the aforementioned problems may undermine the economic growth and development of London between now and 2036.

What are the plans of the mayor of London?

Boris Johnson’s report “London 2050. Bigger and Better” makes plans for the year in which the Londoners will exceed 11 million people. He sees that the city needs:

Four things to do for the sake of London’s economy

According to the report by London First, the capital of the UK should focus on three issues:

The last recommendation is due to the fact that even if London is deeply intertwined with the rest of the UK, there are still notable economic and political differences between London and the rest of Britain. That is the reason why London has been accused of being a drain on the UK.

A bright future in the coming years is in our hands. Will we be able to shape it? Only time will tell. 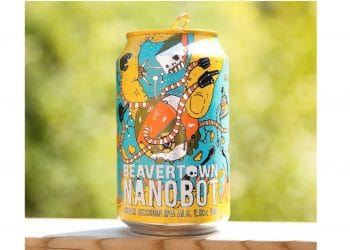