“The conduct throughout the period discloses that tax was the last thing he was going to pay. He used the money to fund his lifestyle.”

He ended up in this position because “he was simply too busy” to sort out his business dealings properly and he was “let down by others”, a jury at London’s Southwark Crown Court was told.

Chappell, of Blandford Forum, Dorset, is accused of dishonesty regarding VAT, corporation tax and income tax between January 2014 and September 2016.

Mr Bryant-Heron said: “The conduct throughout the period discloses that tax was the last thing he was going to pay.

“He used the money to fund his lifestyle.”

It is alleged the aim was to “defraud” or act “to the prejudice” of the Commissioners for Revenue and Customs.

Chappell was a key part of the consortium which purchased BHS for £1 in 2015, just over a year before it collapsed causing the loss of 11,000 jobs.

Mr Bryant-Heron told the court: “He had the financial means to pay the tax, and was able to raise funds.

“He dishonestly chose not to pay tax. In relation to VAT he did not even make any VAT returns as required to.

“He ignored his duty and legal liability to pay tax, until eventually HMRC had to take enforcement action to wind up the company for non-payment.”

Chappell’s defence is that “he was not dishonest and he was simply too busy to attend to his tax liability and was let down by others”, the jury were told.

The court heard that Chappell became concerned in 2016 about the quality of the advice he was receiving and he believed the accounts and the tax liability were “misstated”.

Mr Bryant-Heron said: “More specifically, his case is that he was misled by the gentleman who sold BHS to him, Sir Philip Green.”

This related to whether the substantial BHS employees’ pension fund deficit which existed at the time of the sale would be paid up by the seller to the satisfaction of the pension regulator before the BHS sale took place.

Mr Bryant-Heron said: “Dominic Chappell maintains that BHS was forced into liquidation because of the actions of Sir Philip Green in reneging on promises of financial support for the pension fund, and going back on a promise to provide working capital to BHS after the sale.

“His case is, in short, that had BHS not failed, he would have had the funds to pay his tax liability.”

Chappell is charged with providing false or misleading information and also failing to submit VAT returns.

It is alleged that Chappell did not arrange for the correct VAT amounts to be registered, and that he also did not pay VAT.

Chappell is also accused of failing to pay corporation tax as well as personal income tax from dividends he received from Swiss Rock.

The prosecution says that as director of Swiss Rock Limited, he was liable to pay hundreds of thousands of pounds in VAT by November 2015.

He paid £8,433 in March 2016 only “because the heat was coming in” from HMRC in the form of an assessment, according to Mr Bryant-Heron.

The company which was to be used by Chappell’s group to purchase BHS was called Retail Acquisition Limited (RAL).

Grant Thornton, RAL’s advisers on the proposed purchase, warned Chappell that the pension deficit was between £250 million and £500 million.

Throughout RAL’s period of ownership of BHS the pension deficit issue was never resolved, the court heard.

Money was being sent into Chappell’s accounts through “circuitous routes” as the tax payments became due, the prosecution claim.

Money was paid either directly to his personal account or to SRL, the court heard.

Chappell’s consultancy fee later jumped to £1,770,000. It was because he had to work more than a day a week and to cover expenses and money paid out in connection with buying BHS.

Some of it was spent on staff and on business-related payments but £90,961.80 was used to buy a motor vehicle and £95,000 was paid to the account of Chappell’s wife Rebecca.

Mr Bryant-Heron said: “There was no money in these accounts to pay VAT or any other tax.

“There was no attempt to reserve any money for his tax liability. All this not withstanding, of course that BHS was a business under pressure with its pension scheme deficit.”

The net began closing in on Chappell as lawyers and accountants began looking into his financial affairs.

The hearing was adjourned until Friday at 10am. 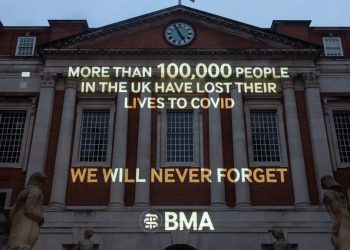