Ed Miliband questioned why the government didn't get a better deal from the banks for its support. 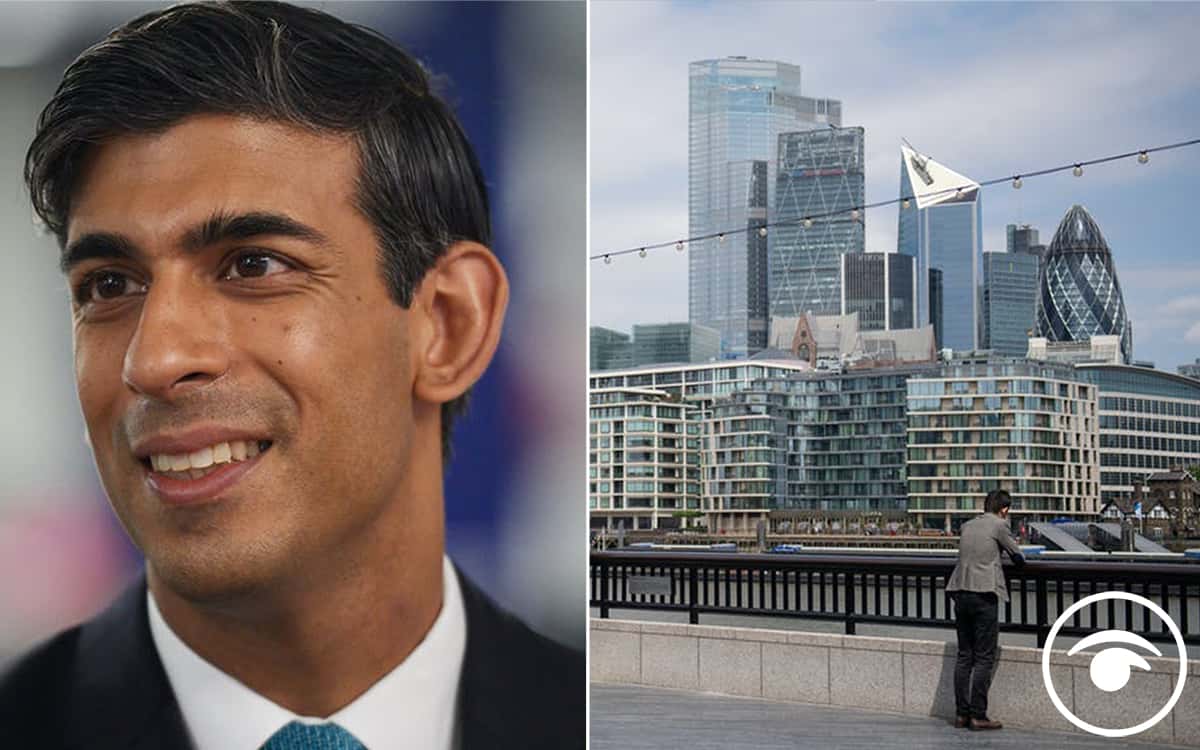 Britain’s biggest lenders charged the Government more than £65 million in interest in just three months to provide loans to British businesses during the pandemic.

The Government handed over £65,658,583 for interest on loans between the start of April and the end of June, according to figures obtained by the PA news agency through a freedom of information request.

The interest was paid on loans taken under the Coronavirus Business Interruption Loan Scheme (CBILS) and for the Bounce Back Loan Scheme.

Through the schemes, banks lent billions of pounds to small businesses, with the Government promising to pay the interest for the first 12 months, as ministers tried to protect the economy, which is now in a recession.

The bounce back loans have a set 2.5 per cent interest rate to avoid excessive charges, however banks can set their own rates for CBILS and CLBILS.

A separate freedom of information response from the British Business Bank, shows that the average interest changed on CBILS loans is 5.1 per cent.

Labour shadow business secretary Ed Miliband told PA: “It’s right that government has stepped in to support businesses by underwriting loans, but there are real questions about why government has not got a better deal from the banks for its support.”

The Bank of England’s base rate is currently 0.1 per cent, a record low.

Several major lenders are pushing the central bank’s Governor, Andrew Bailey, to allow them to pay out dividends to shareholders.

Earlier this week one banker told the Times that the Bank of England was negotiating over what conditions banks would need to fill to be allowed to restart payments.

They said: “There is bartering going on between the Bank and the banks.

“At the moment, it’s one-size-fits-all.

“If you can demonstrate you can lend and restart the dividend, they could approve it.”

Bank of England financial stability boss Alex Brazier said on Wednesday that the dividend ban had stopped £8 billion being paid out at a time when the outlook was very uncertain.

“It doesn’t change the amount of distributions banks will make over the long run.”

Reports also suggest that several banks, Barclays among them, have stockpiled cash to start paying out bonuses to senior staff next year.

The BBB declined to reveal how much interest individual banks were charging on the CBILS loans, saying it could harm the banks’ commercial interest.

In order to avoid breaking European state aid rules, banks have been required to pass on the benefits of having the loans 80 per cent backed by the Government to the borrowers.

A spokesperson for banking trade body UK Finance said: “Under the terms of the Covid-19 lending schemes set by the government, Business Interruption Payments are made on behalf of borrowers to offset any interest that would usually be charged to a business customer for a commercial loan.

“They are therefore effectively a payment to the business not a subsidy for the lender.

“Lenders also agree not to charge any fees for setting up the loan or for early repayment, but will of course bear administrative and funding costs.

“For convenience these payments are made in arrears to the lender to account for interest that would have been charged.

“The interest rate on Bounce Back Loans was set by the Government at 2.5 per cent, lower than market rates.”

More than £17 billion has been lent in CBILS loans, with more than £11 billion handed out before the end of June.

Meanwhile the banks have provided £40 billion in bounce back loans to date.

Earlier this month the National Audit Office revealed that the Government expects to pay more than £1 billion to the banks to cover the costs of the Bounce Back Loan Scheme.

Bank insiders say that it is not free for them to provide the loans, and many banks have decided not to provide bounce back loans because they do not think they can break even.

The banks stepped in to provide huge amounts of cash to well over one million companies during the depths of the pandemic, and loan applications are still open until the end of the month.

However in recent months several banks have stopped taking applications for new customer accounts, leaving some businesses struggling to access the bounce back loans.

Mr Miliband added: “Access to bounce back loans has all but dried up for those who are not existing customers of high street banks at a time when so many firms are on the brink.

“The biggest priority is for government to act to sort out the continuing problems in the loans schemes and to ensure that finance keeps flowing to businesses.

“Otherwise, more businesses will go bust, jobs losses will continue to mount, and our economy and the taxpayer will pay the price in the long run.”